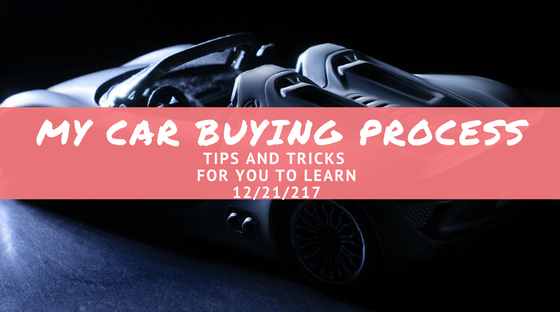 My most recent car buying experience was definitely one for the books. It was long, it was tedious and I remained patient throughout the experience.

In early 2014, I purchased a 2014 Dodge Challenger (about 3 months before the 2015 Dodge Challengers hit the lot *eye roll*). This was my first car buying experience by myself. I negotiated my tags to be paid, my windows to be tinted. There were rebates on the Challengers at that time, that made my trade an “even” trade so I ended up paying full price for the Challenger. I was given an APR of 2.9% which was amazing. My new payment would only be 70 bucks more a month bringing the grand total to $450 each month. Not a big deal right? Eh, there were definitely months that I could’ve used that extra $70. But I loved my car. Her name was BluVixxxen and she was a head turner.

In 2016 I decided that it was time to trade before I had any more problems out of BluVixxxen. I’ve had a few flat tires, an oil leak, an alternator go bad, and a bad oil pump. Majority of this was covered by warranties, but my car was slowly creeping up to the 60,000 mile mark (where all warranties end). I started my search for a new vehicle. I constantly feared being stranded on the side of the road because of something crazy happening. My goal of the trade was to get my payment under $400.

I utilized many car buying tips sprawled across the internet. Firstly, I waited until the fourth quarter (October- December) to snag a good deal. Secondly, I started all negotiation processes via a spam email account that I created. A lot of good tips for buying a car can be found here. Via email, I was able to pin the salesmen against each other to get the best deal for me. I started a solid negotiation on a blue 2016 Ford Mustang with a dealership in my hometown. The car was listed at $26,500, brand new. I saw a similar listing for a gray 2016 Ford Mustang in a city about 60 miles away that was listed for $24,500. I contacted the dealership in my hometown and they matched the price but wouldn’t beat it.  I was also a little more upside down on my current car loan than I expected, so I decided to wait it out another year.

Fall 2017 I bent one of my rims on BluVixxxen. Another silly mishap to add to my series of unfortunate events. BluVixxxen had 57,000 miles and I knew I had to get rid of her before the 60,000 mile mark. Sticking with my goal of dropping my payment to under $400, I was set on a Ford Mustang (which were voted the best affordable sports cars). It was the fourth quarter of the year, Black Friday sales and deals. Once again I took to my email to begin soft negotiations with dealerships. I visited the car lot in my hometown to test drive a very bright red 2017 Ford Mustang. I was not a fan of the color nor was I a fan of the specs. It didn’t have simple things like a spare tire, fog lights, a spoiler.

Before I knew it I was negotiating the vehicle with the salesman and his manager. Like, hard negotiation. I could feel my face and ears turning bright red. The car was listed to sell at $26,500 down from $29,500. They were unable to drop the price on the vehicle. Since I did not want the vehicle, it was easy for me to say no. But they kept on, of course. The manager offered an “even” trade for my vehicle, which sounded appealing AF, but I did not want that bright red Mustang. They then began interrogating me about the EXACT type of Mustang I wanted. I told them charcoal gray would look good. These crazy people then began negotiating a car with me that I had never seen. I would sign the paperwork to purchase the car that Friday, then the car would be shipped to the lot from a town six hours away. Uhm, no. Not to mention, my monthly payments would still be at $450.

The salesman and sales manager congratulated me on such a good job. Although they did not have the car that I wanted “As a female, you did a great job negotiating,” per the manager *eye roll*. So, adrenaline pumping, I left the car lot and immediately began searching cars.com for a 2017 Ford Mustang for a final time. I came across two identical blue Ford Mustangs located in a town 2 hours away. I immediately called to get confirmation on the vehicles and their prices. The next day, I was headed to see what the dealership was talking about.

The salesman had his job easy here. I knew exactly what I wanted and it was right in front of me. A blue 2017 Ford Mustang with all the specs: a spare tire, fog lights, spoiler, ceramic and black interior, OMG and I can start my car with my remote. And the best thing? The price! Listed at $23,500, down from $31,217, it was priced to sell. It would be an insult to negotiate that price lower. My only job would be to negotiate the price on my trade. I did not allow the dealership to run my credit until I was satisfied with the trade price. I could tell that their manager was becoming a little frustrated with me because he wanted to see if I had good credit or not. I knew my credit was good, so I didn’t worry about that. Not to mention, every time a car dealership runs your credit, it drops your credit score.

He met me in the middle of our offers. Black Book offered $10,000 for my Challenger, I wanted $12,500. Black Book gave me $11,500. Fine. I’ll take that. I also had an extra rebate for $500 from Ford for being a college student. My sales tax will be financed (for whatever reason, Ford is strict about paying sales tax). Now to sign the paperwork.

Halfway through signing paperwork, the question happened: “Do you want to add GAP insurance?” My answer right away was “No, my insurance company, Liberty Mutual, has that option available.” Financial dude straight up lied to me and said “No, they do not. The only insurance that offers GAP insurance is State Farm.” Oh so now I’m in a pickle staring at the paperwork. He also made it a package deal with a maintenance plan. So, every 5,000 miles, I could take my car to any authorized Ford dealer and get whatever maintenance that needed to be done at no extra cost to me. I asked if I would be able to remove the GAP insurance after leaving and he said “Yes, of course.” So I went with it. That changed my monthly payment from $412 to $429.

I signed everything, gave BluVixxxen a pat on the hood and left the lot. I felt somewhat successful, but something in the back of my mind kept telling me those calculations weren’t correct. I feel like financial dude either did not know how to operate a calculator or the calculator he was using was broken. Anyways, I was super excited about my new ride!

After a quick search on the internet, I found out that financial dude could receive up to 50% commission on the sale of the GAP insurance. And the maintenance was only for five years. The maintenance itself cost too much money. Oh, I was mad. I felt played AF.

I took me about a week to get a hold of someone in the finance department of the dealership. Finally, they emailed me the paperwork to remove the GAP insurance and maintenance plan. My insurance company Liberty Mutual definitely does carry GAP insurance and I was able to add that to my premium for an extra 20 bucks. Shortly after signing the paperwork to remove the GAP, he sends me a text saying that the calculations on the paperwork was incorrect. In my mind “I KNEW IT!”  He then proceeded to discuss adding the GAP back into my payment. “So $419.37 with GAP and Maintenance….” I asked “How much would it be without?” He says “$400”. According to my calculations, the $400 was wrong. But, whatever, nope, he’s not about to play me a second time! I opted out of the GAP and Maintenance. Once the paper work arrived, it showed my monthly payments to be at $386 a month. FREAKIN BINGO! I officially purchased my vehicle for $4000 below MSRP after my trade in and sales taxes were added in.

My advice to those who are in the market for a car: I found it easiest to start with a soft negotiation via email. One thing that I did NOT do was check the car market’s interest rate. My interest rate doubled simply because that is the market trend as of right now. Look at vehicles that have newer models debuting soon. The car dealerships wants to get rid of the older models before shipping in the newer models. End of the year is also a good time to shop, car dealerships wants to get their sales up for the year and will often offer great deals and incentives. Once you get a price that you like, visit that lot, let them know that you’re for real. If you’re comfortable with the car, the price, and the APR at that point in time go for it. Negotiate things such as “sales tax PAID” (not financed) and other amenities such as “windows tinted”. Do not allow them to take your license or social security number until you are satisfied with the negotiation thus far. Good luck and stay calm! 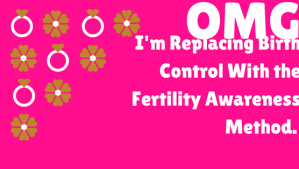 Learn more about FAM and what to expect Read more →